When an idea is posted by a user, it is given its own page. The idea page tells you all about the idea including: the title of the idea, who posted it, what it's about, any images added to it and its score/votes.

At the bottom of an idea page you will also find any comments that have been posted in response to the idea, and you may be able to add your own. 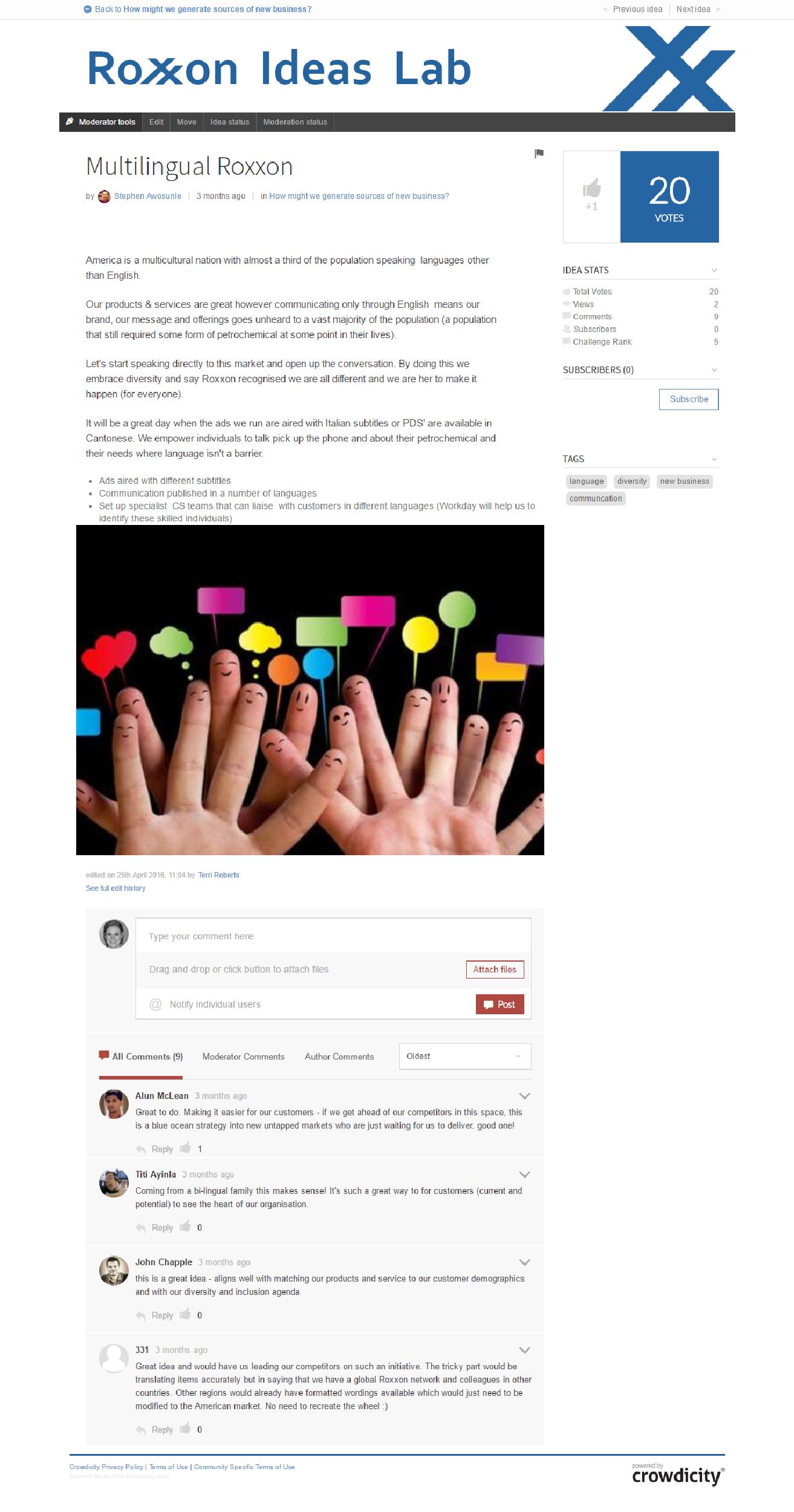 The author toolbar and idea title

If you are the author of an idea, you will see a black bar just above the title of the idea. If you click on the Edit button, you'll be able to make changes to your idea, to learn more about making changes to your idea after it's posted, check out our help guide on editing your idea.

Underneath the title you will see the main content of the idea and any attached images or files that the author has added.

If the idea submission form had additional questions, those questions will be shown in bold, with the author's responses beneath. 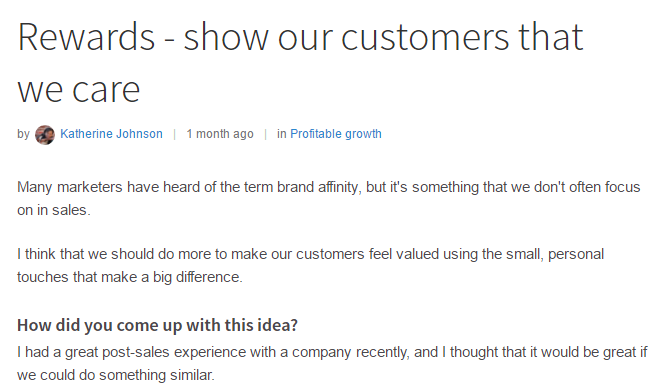 Images, videos or other files are shown underneath the text of the idea.

If you click on a video it will play directly on the page.

If you click on an image it will open a gallery that allows you to scroll through all of the uploaded images: 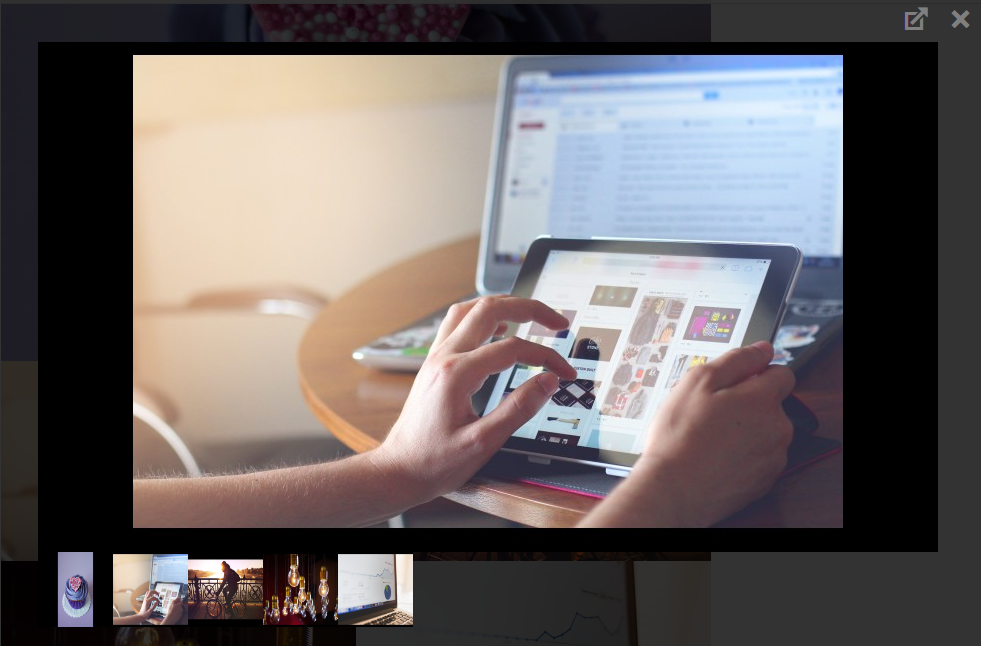 If there are other attachments, a pdf or excel file for example, you will see the files underneath content of the idea, and before the images. Click on the name of a file to download it.

At the bottom of the ideas page you will see any comments that have been posted in response to the idea. To learn more about how to post your own comments, please have a look at our guide to Posting and Editing comments. 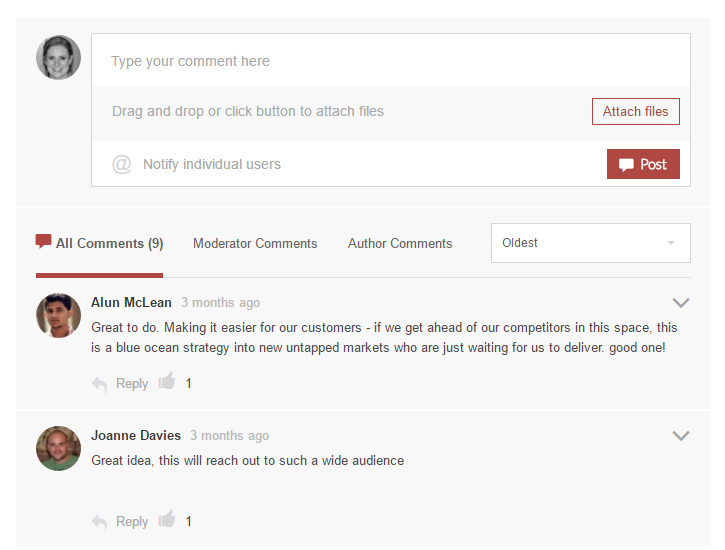 You can choose to view all comments on the idea, or just those made by moderators or the idea author/s by clicking on the respective title at the top of the comments list.

At the top right of an idea page, you will see the score or rating that the idea has (based on user votes) and any voting options that you have. 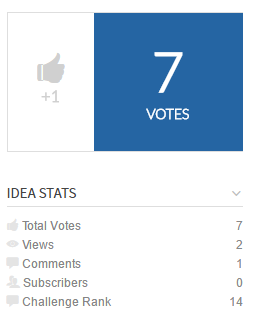 The idea statistics sit just underneath the score panel and tell you how many times an idea has been voted on, viewed, commented on, subscribed to, and how well it's doing in relation to the other ideas in the challenge.

When you are looking at an idea page in a Funnel challenge, you will see a smaller representation of the phases of the challenge under the idea stats. This is the Funnel Advancement bar, and it shows the progression of an idea through the challenge's phases.

Each section of the Advancement bar represents a phase of the challenge, if you hover over a section you’ll see a tool tip with the name of phase it represents. Sections representing phases that haven't started (future phases) are coloured grey. When a phase starts, the corresponding section turns green and remains green when the phase has finished.

If an idea is advanced into the next phase, the dark line under the Advancement bar shows in which challenge the idea was first posted, and the position of the light bulb shows which phase it has progressed to. In the example below, the idea was posted in the first phase and was advanced to the current phase (the second one).

If a moderator chooses to move an idea into the next phase (the one after the current one), the light bulb will move underneath the section of the bar that represents the next phase, to show that the idea will be in the next phase when it begins.

Underneath the score panel, you can subscribe to the idea, meaning that you will be sent a notification whenever someone comments on the idea.

Underneath the subscription button, you can see any tags that the author added to the idea. 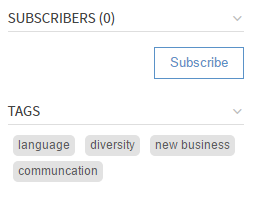